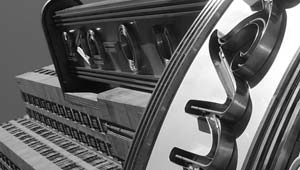 For almost a century, the world’s biggest musical acts have performed at Radio City Music Hall. It was built in the 1930s as part of the Rockefeller complex and became known as the place to see the big stars of radio and the big screen, along with the famous “Rockette” dancing girls. The art deco interior is amazing and the “Stage Door Tour” which goes behind the scenes is thoroughly recommended – we loved it.

We’d go so far as to say, it’s one of the best theatre tours we’ve been on in our travels around the world. The experience was enhanced by our guide who was superb and he gave us a real feel of the history and heritage of the place.  On the tour, you’ll also discover how the art deco features still dominate this building today. You’ll go in the auditorium, see behind the scenes, peep in the dressing rooms, see the 1930s original offices and see the incredible back stage area where hydraulic lifts move huge sections of the stage up and down.

Along the way, you’ll hear stories about the hall’s innovator, Samuel Lionel “Roxy” Rothafel, who came up with the design in a vision! His original office is also part of the tour.

Adult tickets for the tour are $19.95 (2012 prices) and they run every day between 11am and 3pm. Tickets can be bought from the Radio City Avenue Store on 6th Avenue. Alternatively, buy the New York City Explorer Pass which includes free entry to the Stage Door Tour.