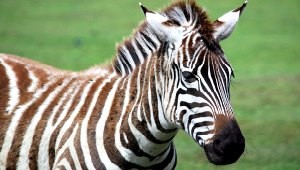 Longleat is a stately home in Wiltshire with its own safari park, zoo, mini railway and adventure playground. The house is still owned by the same family that built it in the 16th Century, but around 50 years ago, the pressures of maintaining a property of this size meant it had to start paying towards its upkeep. It was then that the house and 900 acres of land were turned into a tourist attraction, which still thrives today.

If you want to see and interact with exotic animals, then this is the place to come. The animals are found in two main areas, the drive-though safari and the Jungle Kingdom near the house.

You can do them in any order you wish, but we’d recommend arriving at opening time and heading straight for the safari. The animals are a little more interested in you at this time of day and you then have the rest of the day at the house site to make the most of all the attractions there.

The safari has all the animals you’d expect with lions, tigers, zebra, cheetahs, monkeys and Anne the elephant a particular draw. Although there are two car lanes all around the safari, people don’t seem to understand that one of them is for overtaking! As such, you’ll end up being stuck behind cars that just won’t move because they’re feeding the deer or taking photos of the zebra. On busy days getting around the safari will take some time, especially if you want to feed the deer.

At the house site there are meerkats, penguins, lizards, etc and the option to take either the train or the boat journey (or both!) to see the gorillas. There’s also an impressive bat cave where fruit bats fly around your head. We liked the way the animals at this site can interact with you if they choose. You can actually walk through the penguin and meerkat enclosures for example.

Despite the fun with the animals, the big star for us at Longleat is still the house itself. In the morning there are guided tours of Lord Bath’s famously bright, hand-painted murals in the private apartments and in the afternoon you can take a self guided tour around the state apartments. We did both and seeing the murals close up was a real eye-opener. If you’ve only ever seen them on TV, you don’t realise how intricate they are and quite how much work has gone into them. The tour also explains his background as an artist.

Also at Longleat, there’s a huge adventure area including a giant hedge maze and play castle. There are numerous cafes and shops, but don’t miss Emma’s Kitchen where you can buy luxury goods like huge hand-crafted biscuits, fancy chocolate or expensive cake.

Longleat is open daily from April to September but opening days vary at other times depending on special activities. The park opens at 10am and closes at 7pm in the summer and 5pm or 6pm at other times. Adult admission is £33.95 at the gate (2016 prices) but you can save money by buying in advance. If you’re not interested in the safari, a house and garden ticket is also available.

Longleat is just off the A36 between Bath and Salisbury.